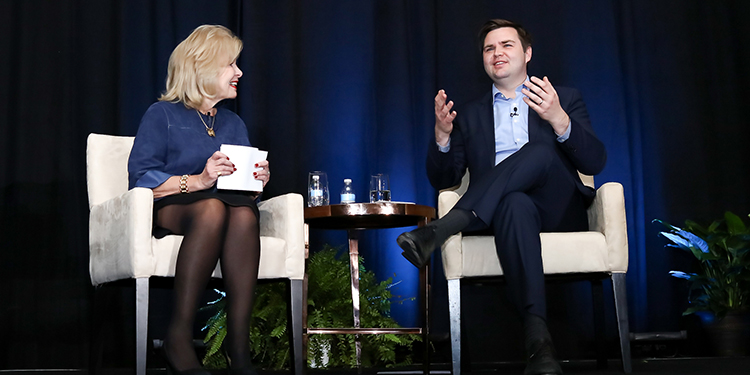 The Public Media Thought Leader Forum featured a diverse group of speakers, panels and interactive sessions on new ways of thinking about how stations provide educational content and services.

CPB President and CEO Pat Harrison spoke about the role stations play strengthening their communities, saying, “We know that public media content is trusted and that our footprint in the community is real and important. The concept public media has promoted, committed to and invested in for decades — that lifelong learning is essential for economic survival, success and the mark of a good citizen — is now acknowledged worldwide.”

CPB Board member Liz Sembler also spoke to conference attendees emphasizing the importance of public media’s educational mission. “Together CPB, our national partners, and stations have learned that big, national issues in education are often very complex, and their solutions are local – the success stories are hard-won victories that have come about because people in communities have worked together,” she said.

Harrison encouraged station leaders to utilize the innovative ideas speakers presented and to strengthen their own educational work. She also announced that CPB will award up to 50 $10,000 education innovation planning grants to help stations research ways to increase their educational content and services.

Keynote speaker J.D. Vance, author of “Hillbilly Elegy,” his best-selling autobiography about his childhood in Appalachia, talked about lost opportunities for people battling poverty, addiction and lack of education – and their diminished chances of ever achieving the American Dream. He credits his success to strong mentors in his life, including his grandparents and a Yale Law School professor. “Kids who do well have a fiery advocate in their corner ... it was incredibly important for me,” he said.

Vance praised public media for taking the time to tell stories with depth and nuance and for hosting conversations about real and important issues. “To have conversations, we need people like you.”

Discussions with attendees made clear that as vital and trusted educational partners, stations have the community connections to ensure their content and services are relevant to the needs of their neighbors. 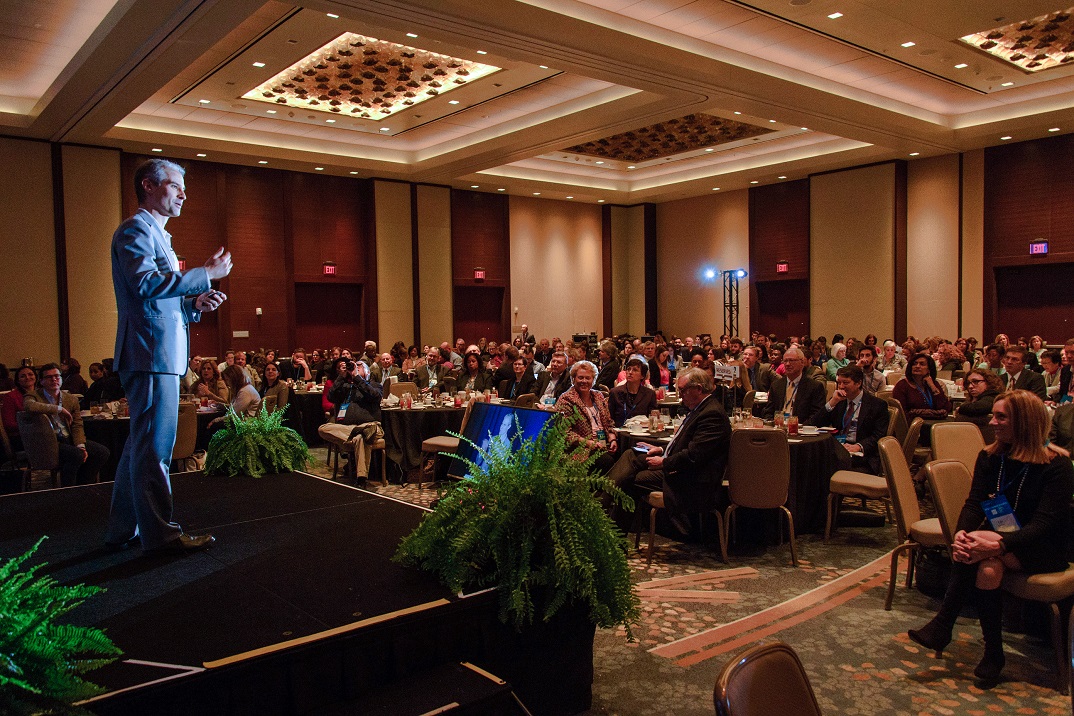 Michael B. Horn spoke about disruptive innovation and the importance of understanding the specific job people need their public television station to do. Photo by Phil Humnicky.

Guest speaker Michael B. Horn, co-founder of the Clayton Christensen Institute and expert on disruptive innovation and education, observed the imperative for lifelong learning. He noted that even as technology expands opportunities for lifelong learning, geography is still important because those learning online still want to put what they’re learning into a local context and network with others in their communities.

Brandon Busteed, executive director of Education & Workforce Development for the Gallup Organization; Carol D’Amico, executive vice president, Mission Advancement and Philanthropy, Strada Education Network; and John Gomperts, president and CEO of the America’s Promise Alliance; discussed the gap between the workplace preparation that college students expect from their education and what they receive.

Attendees learned that there are 5.7 million jobs in critical, high-demand fields that are unfilled, partially because job seekers’ skills don’t match the skills employers need, according to the U.S. Bureau of Labor Statistics.

CPB announced the next phase of American Graduate: Getting to Work grants totaling $3.7 million to 19 public media stations to address job and career readiness through content and services with attention to local community needs.

Reflecting on stations’ need for support for their education work, guest speaker David Callahan, founder and editor of “Inside Philanthropy,” discussed today’s philanthropists and their impact on education. He observed that many want to be active partners in solving specific problems and creating sustainable solutions.

A panel featuring Linda Burch, co-founder and chief education and strategy officer of Common Sense Media; Kevin Clark, director of the Center for Digital Media at  George Mason University; and Mimi Ito, John D. and Catherine T. MacArthur Foundation Chair in Digital Media and Learning at the University of California, Irvine; described media consumption habits of children, parents and others, their changing expectations and the implications for public media stations now and in the future.

Run-DMC rapper Darryl McDaniels closed the Forum through a special CPB rap praising public media. McDaniels, who was adopted by his foster parents, credited PBS KIDS programs for giving him confidence and exposing him to a broad, diverse world of possibilities. He spoke about the valuable content on PBS and NPR, including the educational programs and in-depth journalism that is meaningful to communities.

McDaniels, who co-founded the Felix Organization to support foster children, was featured in the 2017 American Graduate Day broadcast.  “Kids want to be athletes and artists because it's what they know,” he said. “Public media can help them see the multitude of opportunities in their communities and for careers.”

He inspired the Forum participants with his personal story and a new rap:

“CPB in the place to be, doing marvelous things for the community.
Along with PBS, yes, they’re still the best, touching people’s lives from East to West.
And NPR, shining like a star always there for us no matter where we are.” 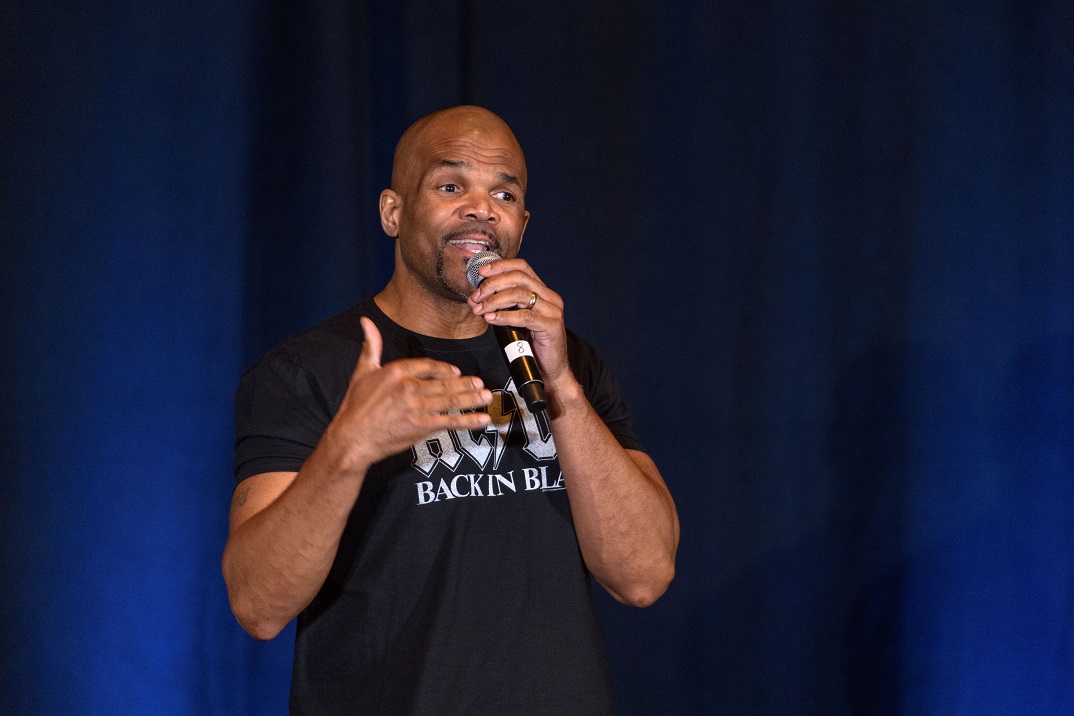 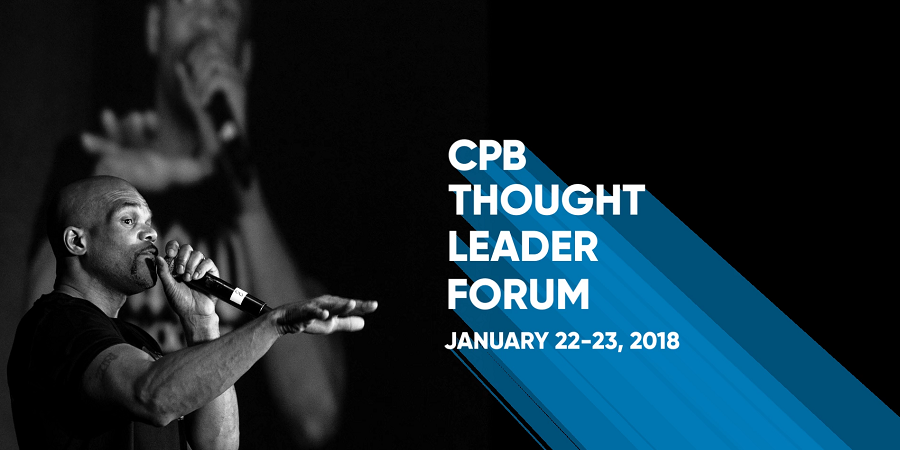