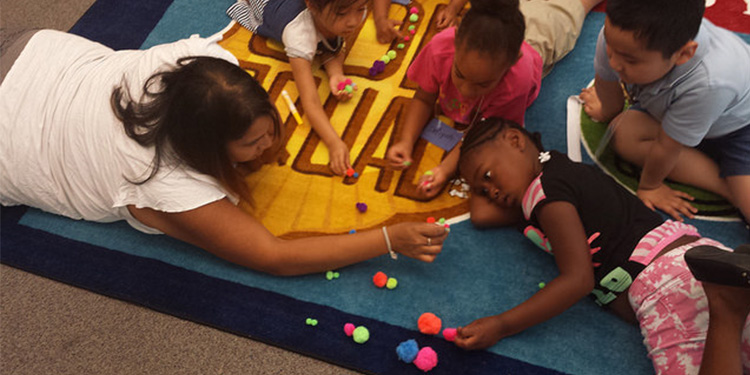 This summer, hundreds of children in low-income communities across the country will use math, science and critical thinking skills in their quest to become agents in a day camp version of the award-winning PBS KIDS series “Odd Squad.”

“It gets kids to buy into this idea of learning and having fun at the same time,” said Alyssa Torrez, community engagement manager of KBTC-Tacoma, Wash., which held a one-week Odd Squad: Be the Agent camp for second- and third-graders over spring break and will incorporate the STEM curriculum in a monthlong day camp this summer. “They know the characters and they get to be part of a show they see on a regular basis. It’s the greatest way to capture their attention and foster learning.”

Odd Squad: Be the Agent day camps will be held by public television stations in 16 states, many partnering with community groups to expand their reach and engagement with diverse communities. For example, OETA is partnering with the Urban League of Greater Oklahoma City and WQED-Pittsburgh is working with the South Hills Interfaith Movement.

The camps are supported  by CPB, PBS and the U.S. Department of Education through Ready To Learn, a five-year grant program funding the development of educational television and digital media to help children, especially those in low-income communities, succeed in school.

An introductory video sets campers up for a week of "Odd Squad" style scientific inquiry.

The camp follows the format of the show, which recently won five Daytime Emmy Awards. A video of the character Miss O sets up each case, and the campers work together, using scientific reasoning and problem-solving skills to solve it, just like the agents on the show. The inquiry-based approach is designed to engage students to notice and wonder about the world: to ask questions; to develop and use models; to plan and carry out investigations; and to analyze and interpret data.

Education experts Skip Fennell and Sara Sweetman with Anne Lund, PBS’s director of curriculum, designed the learning adventures for 5- to 8-year-olds to align with national math and science standards. In keeping with Ready To Learn’s science and literacy emphasis, this curriculum adapts the Odd Squad math camps held for the past several years and includes a revamped Gadget Lab engineering component. The modular curriculum allows the camps to do one or two cases a day, depending on their scheduling needs.

Besides teaching math and science, the camps also help children learn to work together, Torrez said. “As part of the social-emotional elements of learning, Odd Squad campers will be asked to work together and work in partnership to complete their training.”

Case files and video-setups, each designed to take an hour to complete, are available free online at http://pbskids.org/learn/oddsquad/after-school/