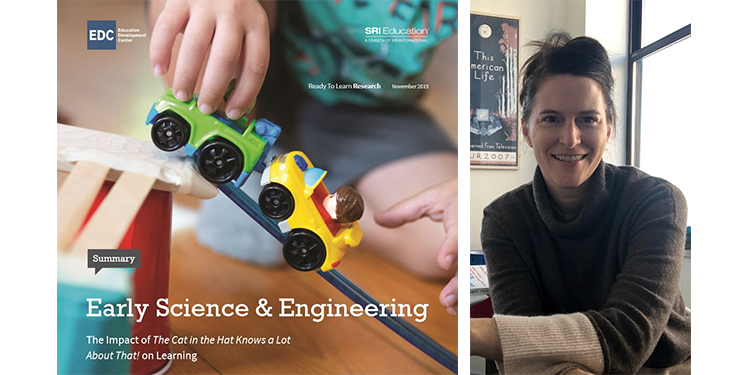 Major Research conducted by Education Development Center (EDC) and SRI International has found that providing access to media focused on critical science and engineering concepts and practices can help children who live in low-income households to learn.

An eight-week, randomized controlled trial (subjects are divided by chance into separate groups to compare treatments) of 454 children ages four and five from low-income households found that those who were provided with access to PBS KIDS’ The Cat in the Hat Knows a Lot About That! videos, interactive games, and hands-on activities had positive meaningful gains in their knowledge of targeted physical science concepts and their ability to engage with science and engineering practices.

The study, Early Learning & Engineering: The Impact of The Cat in the Hat Knows A Lot About That! on Learning, was funded by the U.S. Department of Education’s Ready to Learn Initiative, in partnership with the Corporation for Public Broadcasting (CPB) and PBS. The Ready To Learn Initiative supports the development of innovative educational television and digital media targeted to preschool and early elementary school children and their families to promote early learning and school readiness, with a particular interest in reaching children in low-income families.

Q:   What are the major findings of this study? 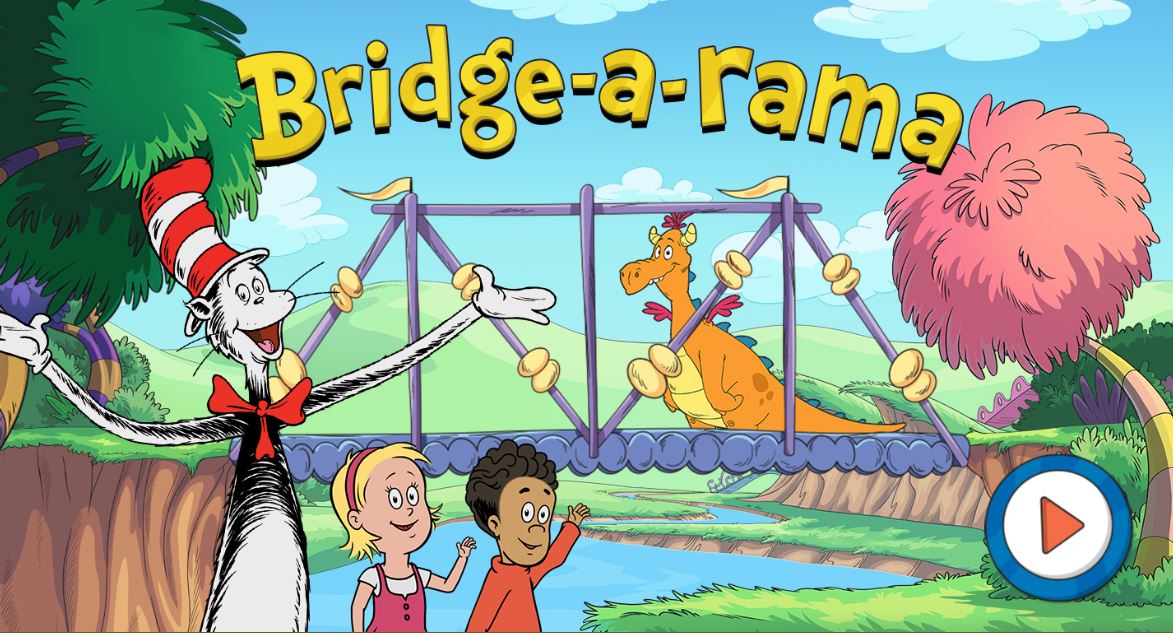 Bridge-a-rama and other Cat in the Hat games, videos and other resources can be found at pbskids.org/catinthehat

Trying to study learning in very young children is always challenging. How did you design the study to do this?

A:    The study team, which was led by EDC’s Megan Silander and SRI’s Todd Grindal, designed an extremely robust study. It was a randomized controlled trial, which allows researchers to make causal claims about the effects of a program — in this case, about the effectiveness of The Cat in the Hat Knows a Lot About That!

There is much that makes the study strong, but two qualities stand out. First, it was double-blind. This means parents did not know what condition they were randomly assigned to, and neither did the researchers. This guards against bias. Second, although there are very few assessments of children’s understanding of science and engineering concepts, the team selected measures that could help us detect learning, such as the Hands-On Preschool Assessments of Science and Engineering, which is a performance-based measure developed by our research team.

Nick and Sally Try to Build a Bridge on 'The Cat in the Hat Knows a Lot About That!'

Q:   Were there any findings that surprised you?

A:    We examined whether the effect of the study resources on children’s science and engineering knowledge varied for different kinds of children, considering age, gender, ethnicity, parent education, home language, attendance at center-based care or kindergarten, and amount of science knowledge. We found no differences in the effect across these subgroups with one exception: Children who spoke only English at home seemed to benefit more from access to study resources relative to children from families who spoke languages in addition to or other than English at home.

Q:   Why is it important for young children to understand science and engineering concepts and practices?

A:    The early years are the foundation for all that follows, and this is true of early science and engineering. Although children are innately curious about the world, many children living in resource-lean communities do not have the support that allows them to explore compelling and age-appropriate science and engineering concepts.

Exploring science and engineering also helps to develop other important skills children need to be ready for school, including critical thinking, problem-solving, language, and socio-emotional skills.

Q:   Why is it important to study the effects of educational media?

A:    Every day, young children spend substantial time using media—television, video, apps, digital games—yet little is known about the potential these media platforms have to support early science learning. Because the Ready To Learn Initiative produces resources that are freely available and reach millions of families each week, research is essential to knowing what supports learning.

Also, well-designed media can engage and model ways of talking about and doing science, supporting family experiences. Parents and children can use digital media to manipulate—zoom in, slow down, speed up—and experience scientific phenomena, setting families up for investigations in the physical world.

Q:   What are the implications of this research for policy makers and educators?

A:    There are two take-aways for anyone thinking about opportunities gaps and educational media. The first has to do with the scale of public media. The fact that this short intervention, which asked families to engage with the media resources for about an hour a week for eight weeks, had significant findings points to the power of designing media that can reach families nationally. Second, it is very encouraging that children in this study were able to apply what they experienced virtually in the videos and games to assessments with hands-on materials. These results suggest investing in high-quality, science-focused media can make a real difference.

Q:   Based on your study findings, what recommendations do you have for parents?

A:    Our 2017 national survey, also part of Ready To Learn Research, found that parents want to support their children’s science learning, but many would like concrete suggestions for how to do so. Included in the app are print do- at-home activities as well as guidance for caregivers. Also, the two characters, Nick and Sally, are central to the science and engineering exploration, and The Cat is a guide. This is a nice analogy for parents. They need not feel burdened to have the “right” answers about science; they need only explore alongside their children.

Q:   How can people learn more about the study and its findings?

A:   Because this is taxpayer-supported research, we see it as our responsibility to make the study findings as well as the methods we used accessible. Both EDC’s website and PBS LearningMedia include an easy-to-read, highly graphical summary report and a detailed, longer report, which includes quotes from participating families, data tables, parent surveys and child assessments. Members of the study team also are available to write guest blog posts, talk with journalists, and support local media stations’ outreach efforts.