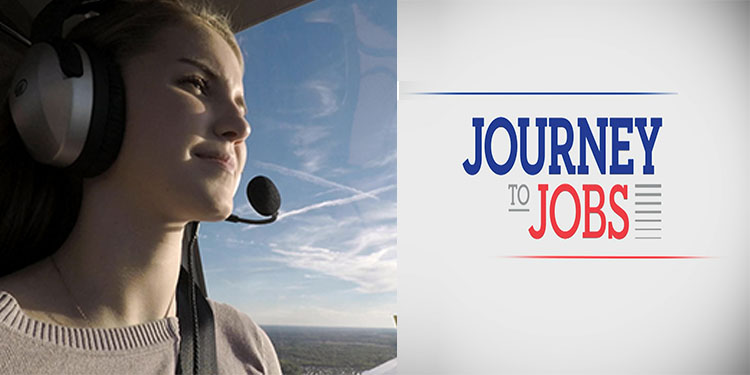 The program is presented as part of the American Graduate: Getting to Work initiative, public media’s commitment to helping young people succeed in school, career and life. The Corporation for Public Broadcasting (CPB) provided a grant to WNET to produce the documentary and support the fifteen stations contributing local content.

The participating stations include:

Throughout the special, Sreenivasan explores how communities are providing support, advice and intervention services to youth, veterans and adults in career transition. Local station segments profile job seekers and the newly employed, business and nonprofit leaders, as well as program staff, volunteers, and mentors working to create pathways to high-demand skilled careers. Each segment is related to American Graduate focus areas, including barriers to employment, connecting job seekers to networks, innovative career education models, and mentorship.

In a segment created by Detroit Public Television (DPTV), viewers meet Felicia, in “Felicia’s Electric Mission.” Motivated by her own successful reentry after an extended time out of work, she now helps place women and minorities in skilled jobs.

“Detroit sits at the center of national issues around jobs and careers, and ‘Journey to Jobs’ presents an important opportunity to highlight the city’s challenges to both our local viewers and a national audience,” said DPTV President and CEO Rich Homberg. “As Detroit continues to rebuild after decades of decline, a massive labor shortage persists in the skilled trades, particularly among women and minorities. Post-secondary education and career training are becoming more and more important for the residents in our communities.”

“Programs like American Graduate’s ‘Journey to Jobs’ highlight this critical topic, but don’t exist on commercial media—making our mission as public media stations that much more important,” said New.  “Erie is home to the poorest zip code in the country, and the labor shortage is acute. CPB support through American Graduate has helped WQLN make a positive difference in the lives of all the citizens we serve in the Lake Erie Region.”

The special will be available for online streaming beginning October 9 via WLIW here, and on-air throughout the month on select public media stations (check local listings).

Since 2011, the public media initiative American Graduate, made possible by the Corporation for Public Broadcasting (CPB), has grown into one of the largest public media collaborations across the country with over 125 local public media organizations, and national television and radio producers and distributors, working with more than 1,700 community partners. National and local reporting, public forums and town halls, and education resources drove awareness and discussions among leaders, educators, students and concerned citizens, and inspired adults to become an American Graduate Champion for the nation’s youth. Stations played an important role helping communities address the challenges and highlight local solutions to the dropout crisis, and the national graduation rate is now at an unprecedented 84.1 percent.

In 2018, together with 19 stations, CPB launched the initiative’s next phase, American Graduate: Getting to Work, to partner with schools and businesses, and help prepare students with the skill sets and training needed to be part of the new workforce, especially for high-demand fields. Learn more about American Graduate at facebook/americangraduate, through your local public media station and cpb.org/americangraduate.

‘Elinor Wonders Why’ takes preschoolers on adventures in science

This summer, as stay-at-home orders kept children from going to camp, public television stations across the country brought camp home to them.