CPB Statement on the Death of Jim Lehrer

(WASHINGTON--January 23, 2020) – The Corporation for Public Broadcasting (CPB), released the following statement regarding the death of Jim Lehrer:

“The Corporation for Public Broadcasting mourns the passing of public media pioneer and icon, Jim Lehrer, who spent 36 years anchoring 'PBS NewsHour,' shaping it into a program that continues to be the gold standard for journalistic excellence,” said Patricia Harrison, president and CEO of CPB. “Through his straight-forward reporting-style, Jim helped public broadcasting earn its reputation as the most trusted institution in America.”

Lehrer’s television career began in 1970 at KERA-TV, the public television station in Dallas, Texas. After stints as a Public Affairs Coordinator at PBS and a Fellow at CPB, Lehrer became the Washington Correspondent for the "Robert MacNeil Report" at WNET in New York. Subsequently, he and MacNeil launched 'The MacNeil/Lehrer NewsHour,' which was later renamed 'The NewsHour with Jim Lehrer,' and then 'PBS NewsHour' in 2009. Lehrer retired in 2011.

“Jim’s extraordinary contributions to public television, his consummate professionalism, and his dedication to integrity in journalism will never be forgotten,” stated Bruce Ramer, CPB Board Chairman. “It was an honor to present him with CPB’s Lifetime Achievement Award in Austin in 2011. His warmth and friendship are already missed. We offer our sincerest condolences to Kate and their family.” 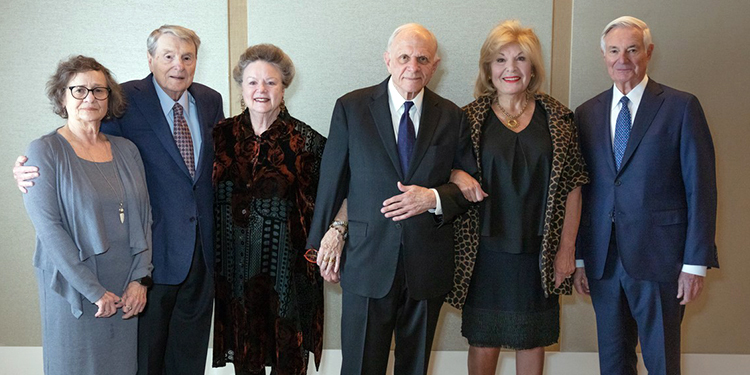 About CPB
The Corporation for Public Broadcasting (CPB), a private, nonprofit corporation created by Congress in 1967, is the steward of the federal government’s investment in public broadcasting. It helps support the operations of more than 1,500 locally owned and operated public television and radio stations nationwide. CPB is also the largest single source of funding for research, technology, and program development for public radio, television, and related online services. For more information, visit www.cpb.org and follow us on Twitter @CPBmedia, Facebook, LinkedIn, and subscribe for other updates.